My Paralympic sport would be called the Human Races. There would be a mixture of sports going on. You would have a buddy next to you to help you get through all of the courses.

You start at the starting line then you follow the blue arrows were ever they go. There would be a corner at the top but I didn't know how to do it so I just did that, then you will have to push or kick the ball down the hill to try and get it in the box. If you don't get it in the box then it is alright. After that you will have to climb up a wall to get to the other side, climb down the ladder across the pond and then you will follow the path after that your done.

Email ThisBlogThis!Share to TwitterShare to FacebookShare to Pinterest
Labels: Winter Learning D7 A3

If I were asked to compete in a tandem cycling event I would pick Emma Foy to compete with me, because she would be great, supportive and encouraging even if she is blind she would be still giving it 100%. She would be an awesome teammate by  helping me out and helping other people out.
Posted by Ashley at 16:16 2 comments:

Back in 1936 a 13 year old American girl named Majorie Gestring became the youngest person ever to win an Olympic gold medal.If I was alive back then, five questions I would ask her are.

* How did you feel when you claimed a gold medal at only 13 years old.
* Were you pleased to be in the Olympics.
* If you had any advice for people that are younger than you what would it be.
* Were you very popular.
* And If were did you get your skills from your family members or you Top Idol.
Posted by Ashley at 16:24 No comments: 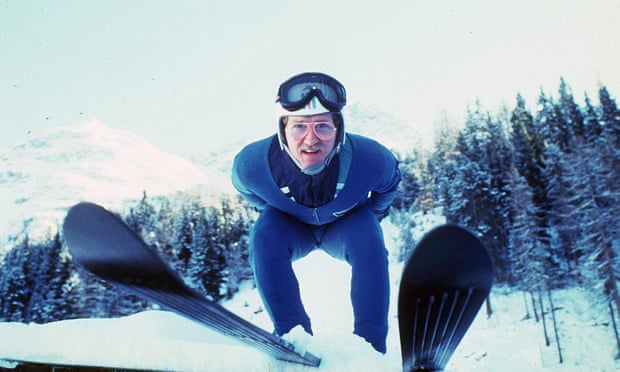 From watching this Movie Eddie The Eagle, people didn't believe in Eddie when he was younger. His parents and friends new Eddie wanted to be in the Olympics but they didn't believe in him, so he gave up is dream of going to the Olympics for the Winter Olympics. People put Eddie down from his dreams but Eddie never stopped trying his best. I Think this story is about Eddie never giving up and that Eddie tries his hardest every time.
Posted by Ashley at 16:15 1 comment:

I would like to meet Lauren Boyle because she is a really good swimmer, and because she represents Auckland throughout every competition she goes to. Even is she comes 4th or last she will still be the awesome swimmer she is. In my opinion Lauren Boyle has a chance of coming first in these Olympic games.
Posted by Ashley at 16:05 1 comment:

First Day: On the first day we got to introduce ourselves by telling everyone our name. When every had a turn at saying their name, Mike said the "Prayer," and then we got into the day. But before we played games we had to warm up so everyone went for a light jog around the Gym.

We started playing the most common sport Tamaki Pride and that was Volley Ball, the Leaders down there help Mike and Margret to take care of us. The leaders run awesome games like Volley ball, Basket ball, Ball Tag, Octopus, Turbo Touch and such more.

My feelings: I was surprised to see a couple of new people who came down to the Tamaki Rec Center. It is going to be sad leaving Tamaki Pride behind but unless our name would be similar to it.
Posted by Ashley at 15:50 No comments: 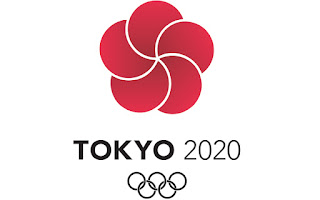 I will be completing the bonus task for the Winter Learning Journey. I was asked to design a simple logo for the next Summer Olympic Games. The Olympic games will be held in Tokyo, Japan 2020.

This logo at the top represents Tokyo. The flower is representing their culture and the 5 rings connected at the bottom of the Tokyo 2020 represents the Olympics.

* Milo of Croton was a 6th century BC Greek wrestler.
* The date of Milo's death is unknown.
*Among other tales, he was said to have carried a bull on his shoulders and to have burst a band about his forehead by inflating the veins of his temples.
Posted by Ashley at 12:19 3 comments:

Email ThisBlogThis!Share to TwitterShare to FacebookShare to Pinterest
Labels: 2016, Ashley, Milo of Kroton

No Girls Allowed In The Olympics

During the ancient Olympic Games, men were allowed to compete in the events but women were not. In fact, women were often forbidden from even watching the games. My opinion is that this rule is not fair to the girls. Even if they let the girls in to watch and show their sportsman ship to the competitors would be awesome.

Email ThisBlogThis!Share to TwitterShare to FacebookShare to Pinterest
Labels: Ashley, No Girls Allowed In The Olympics

For the past 2 weeks Team 5 has been learning all about the four different wakas. These are the four teams Hokulea (Green) Hikianalia (Yellow) Te-aurere (Red) and Hinemoana (Blue). Last week every team 5 student go to fill out a form there are 5 choices Wool & Nail art with Mr Wiseman, Flax/Harakeke with Miss Clark, Crayon & Dye art with Mrs Tele'a, Sculpturing with Miss Berry and Logo design with Miss Muliaumasealii.

I am in Flax and Harakeke with Miss Clark, today we got to make a canoe out of paper and cardboard because we weren't able to make a canoe out of flax because it was raining, so we weren't able to go and pick our harakeke. The following Thursday we went to pick our Harakeke, but time ran out so the next day we got straight into making our flax canoes.

Activity Number One 1#
Today we got to do our first activity for the Winter Learning Journey. Our first activity was to pick a sport then we had to explain why we chose that sport. The options were running, wrestling, boxing, pankration, horse racing and pentathlon. I have chosen horse racing because I love riding horses and the other reason why I chose horse racing is because, I love trying new things.

Today my literacy class had to finish off all of our literacy work from the past few weeks here is a presentation about Kiwi Kids News Read Off.
Posted by Ashley at 10:17 No comments:

Who is visiting this blog?